Put your mp3 player on shuffle and write down the first lines of the first twenty songs, then post the poem that results.

A couple of people on my friends list have done this. Seemed like fun. I'm surprised how coherent the final result actually turned out. I thought it would be more schizophrenic.

I got a hardlicked prune,
Way, way back in the 1980's.
I believe all of my blatant lies.
How crazy are you?

There's an old Australian stockman lying but dying.
Whenever I see someone less fortunate than I,
Yesterday, all my troubles seemed so far away.
Oh, there's no fire in the fireplace.

Step one: you say we need to talk.
There's a neat little lass and her name is Mari Mac.
Starboy and the Captain of Outer Space!
Hey, maybe I'll dye my hair.

Livin' my life one day to the next,
Mi press trigger mi nuh press people button.
I watched you walk out from the world before,
There, the body just lies there, dead on the ground

Turn around.
Mr. Slagle was a teacher.
At night I lay my eyes on you,
Cross the palisade.

Which official Barbie product do you think is weirder?

Alfred Hitchcock's The Birds Barbie being attacked by crows?

Personally I think the Kelly and Tommy dolls are creepy as hell, but that's just me.

Who will win the 2008 Action Ranger Costume Awards?!

Good question. You'll have to check out Costume Freak to find out.

Finally filmed and edited "Exposition of the Rani." Only took, what, over a year to get it done?

Or you could look at the high resolution link.

What fucking market do I have to move to in order to get commercials for Chi-Chi's salsa? I mean they're made by Hormel, it's a fricking national brand company. Although it wouldn't be the first time a National company has had regional specific products.

Because I remember seeing Chi-Chi's salsa commercials as a kid.

Do I have to move back to Washington? Because I might consider it.

Flipping through the buycostumes.com catalog I got in the mail. Most interesting thing so far? Maternity costumes. Pregnant? Don't worry, you can still dress up. Why not be a pregnant Raggedy Ann?

Mutilated Happy Tree Friends costumes. These are done surprisingly well and faithful to the cartoons. Prepare to traumatize your kids.

The Care Bears costume is a much bigger improvement than previous years efforts. My theory is that they understand that the people who want to be Grumpy Bear would not accept a halter top and mini-skirt as a costume. It's actually funny though, the description for the Grumpy Bear costume implies that only Mothers would want to wear it. Not, you know, hipsters who have co-opted Grumpy bear as a symbol of their edginess and angst. Also funny in the description: "Pair with the Grumpy Bear Teen Dress for a completely adorable Mother/Daughter theme this Halloween!" Yes, because we all know teens love to wear the exact same costume as their mother!

Bushman Child costume. If I see a kid wearing this, I'm pretty much going to assume his parents wanted him to get hit by a car while he's trick-or-treating. You ever see that Saturday Night Live skit with the shady businessman selling an Invisible Man costume that's essentially a black shirt and pants? Same principle.

Alfred Hitchcock's The Birds Costume. I like that they can't actually call it that because they couldn't afford the license so they just make it so fucking obvious by getting a model to look like the actress from the movie.

Beer Pong Costume. Prepare to get crap thrown at your balls all night! Still, this is about 100% better than the Beer Pong Deluxe Costume Kit, in that this is actually a fucking costume and not a collection of things you can get at Target for under $12 being bundled and sold for $15.

Dark Knight Joker Child Costume. Hey kids, now you can re-enact the pencil trick from the movie. You remember that? ... Please stop crying.

Humorous Halloween Cocktail Napkins. Oh god. I might have to say that on Halloween.

Life Size Talking Beheaded Bride The animatronic geek inside me thinks this is completely and utterly awesome. I need to find Youtube video of this. There we go. Hmm. Not bad. Not worth blowing that kind of money on though. Not with how little I actually have saved up.

What?! Weirdest costume ever.

Looking for actors to film a short Doctor Who movie.

Need 1 female to play the Rani (Evil scientist lady) and 1 other person, male of female, to play a hot dog monster.

We can film based around your schedule people. Weds, thurs, or Friday. 3-4 hours at most. We'll start filming some time after lunch to accomodate Mario's (lead actor) schedule.

Been in one of my Doctor Who movies before? I don't care. We've been sitting on filming this for about a year. The teenagers in England who watch these have been complaining to me for a while. So we need to get it done now. 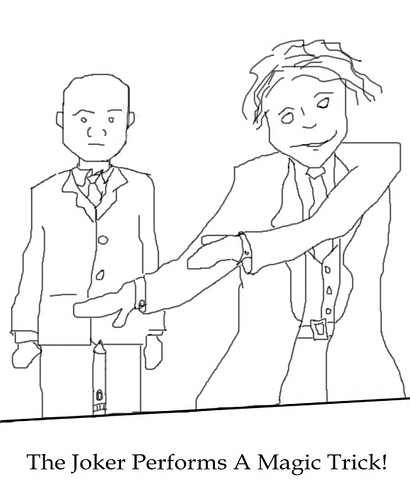 I wonder if I could order a double cheeseburger at McDonalds without the cheese.
Collapse